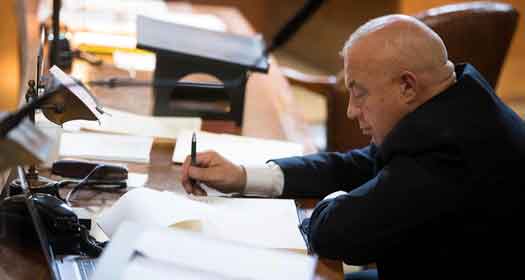 LINCOLN — Requiring all Nebraska employers to check the immigration status of new hires would turn off the “jobs magnet” that lures illegal immigrants to the state, a state senator said Wednesday.

His bill would expand on a 2009 state law, which requires public employers and businesses that contract with state government to check new employees against the federal E-Verify database.

The system shows whether an immigrant has legal authorization to work in the United States.

Brewer’s proposal represents the latest of several attempts to broaden the reach of the state law. Previous efforts have fallen short, including a bill offered two years ago by then-Sen. Bill Kintner of Papillion.

Even the 2009 law was a compromise reached after lawmakers balked at the original bill, which would have applied to all employers.

Testimony on Brewer’s bill showed that the idea can still generate heat.

Ten people waited through six hours of hearings on other bills for their chance to speak about LB 165.

Business groups and advocacy organizations opposed the new proposal, saying it would add to the regulatory burden and cost for small businesses.

But supporters argued that it is needed to protect American jobs.

He blamed the “open borders lobby,” including chambers of commerce, for blocking previous E-Verify bills because, he claimed, they profit from using illegal labor.

Doug Kagan of Nebraska Taxpayers for Freedom said the proposal would help level the playing field for Nebraska companies.

He said that failing to pass the bill would only help “underhanded businesses” that hire illegal immigrants, pay them low wages under the table and provide no benefits.

Fred Nowak of Omaha said the bill could save lives by discouraging illegal immigrants from coming to Nebraska. He listed some people killed by illegal immigrants, mentioning Sarah Root, the young woman killed in a car crash one year ago. The Honduran man who authorities say was responsible for the crash was in the country illegally and remains at large after disappearing while on bail.

But Jim Partington of the Nebraska Restaurant Association urged lawmakers to hold off on taking action.

He said E-Verify requirements should be addressed at the federal level, as part of a comprehensive immigration bill, rather than have a variety of state laws.

Partington said many small businesses, especially those in rural areas, do not have the broadband capability needed to use the federal system.

Alexis Steele of Justice for Our Neighbors Nebraska called the proposed mandate ineffective, error-prone and expensive.

She said states that have passed similar requirements have low compliance rates from businesses. In Arizona, she said, only 58 percent of business comply, while the rate is 54 percent in South Carolina.

Steele noted that the database incorrectly flags some people as not having work authorization. The rate of errors would affect some 1,000 to 2,000 job seekers in Nebraska, she said.