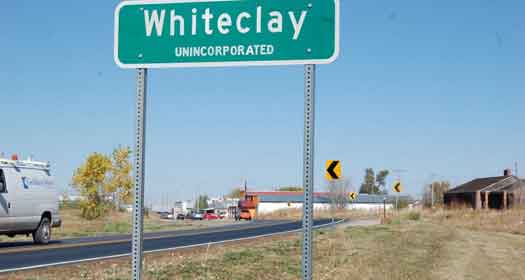 The Legislature signaled strong interest Thursday in addressing the ravaging effects of beer sales in the tiny northwest Nebraska village of Whiteclay.

Lawmakers voted 42-0 in support of forming a Whiteclay public health task force, which would seek solutions to the impacts of beer sales on vagrants in Whiteclay and on people living across the state line on South Dakota’s Pine Ridge Indian Reservation.

“I’m really pleased, and it’s wonderful to have this broad coalition of people who see that it’s important to do,” Pansing Brooks said after Thursday’s vote.

The bill (LB407) must still advance through two rounds of voting before it becomes law.

Whiteclay, an unincorporated village with about a dozen permanent residents, is home to four beer stores selling millions of cans of beer each year. Much of that beer goes to Pine Ridge, where alcohol is banned, contributing to public health problems such as rampant fetal-alcohol syndrome.

Lawmakers reluctantly agreed Thursday to remove representatives from two state executive agencies — Economic Development and Health and Human Services — from the task force. Gov. Pete Ricketts’ administration argued that including them, even as nonvoting members, would violate constitutional separation of powers.

Some senators disagreed, citing past state government task forces that included members of the executive and legislative branches.

“To solve this problem will take more than just the Legislature,” said Omaha Sen. Ernie Chambers.

As amended, the task force will include five members of the Legislature as voting members, along with two nonvoting members from the University of Nebraska Medical Center and another from the Nebraska Commission on Indian Affairs.

Pansing Brooks said she believes the task force will nonetheless rally interest from around the state: “It will be necessary for the governor to jump on and be supportive.”

In a letter, Health and Human Services CEO Courtney Phillips and Economic Development Director Courtney Dentlinger said they are still willing to provide whatever help is needed.

“Our agencies, like you, are dedicated to doing what we can to solve the issues surrounding Whiteclay.”

A group called Whiteclay Redo hopes to raise $6.3 million to buy out the beer stores and kick-start a larger redevelopment of Whiteclay.

And next month, the Nebraska Liquor Control Commission will consider whether to deny the beer stores their liquor licenses altogether.